declining investment of the citizenry in self-government 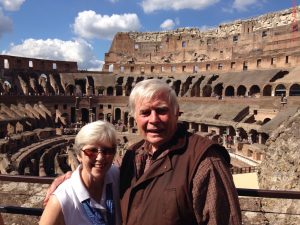 If CNN, MSNBC and FOX News were covering the entertainments in the Roman Coliseum in the First Century they would have been exhorting the lions. Of course, the reason for this is the ratings would suffer if they sided with the humans. The public demands spectacle, not fairness.

Or as Mark Twain opined: “One of the most striking differences between a cat and a lie is that a cat has only nine lives”. Pudd’nhead Wilson, Chapter VII.

In William Shakespeare’s Othello, Act 3, scene 3, Iago complains: “Who steals my purse steals trash …[But] who filches from me my good name robs me of that which (does not) enrich him [but] makes me poor indeed”.

Our current spectacle steals from both accused and accuser equally. When it comes time to clear the floor of the Congressional Coliseum no one will remain unscathed and we will all be poorer. Rome today is a decaying tourist amusement. The days of roads, aqueducts, legal systems and Pax Romana declined with the declining investment of the citizenry in self-government. Today we would have to include the national media in this equation.

It is not that we do not know how to reasonably go about choosing our leaders such as presidents, legislators and supreme court justices, it is that it is a lot more fun to watch others being ripped apart than to engage in rational debate. Bring on the lions, we are bored with this democracy thing!