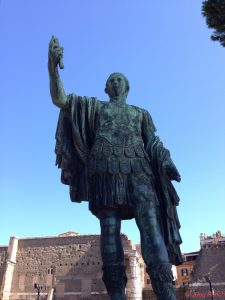 If you read last week’s column (hey, I can dream can’t I), you know I am preparing to help the National Judicial College teach Rural Court Judges. Last week we talked about the theory that our law arises from our history and culture, our Volksgeist. Or as Oliver Wendell Holmes, Jr. (1841-1935) put it, “The life of the law has not been logic; it has been experience”.

Posey County, Indiana has produced several influential thinkers on what our law should be and do, that is, what is the proper purpose of our legal system? Our most famous citizen was and still is Alvin P. Hovey (1821–1891). Hovey was an attorney, a Posey Circuit Court judge, a general and the only governor to ever come from Posey County (1889–1891). He also sat on the Indiana Supreme Court when it decided a poor person was entitled to the same protection of our laws as a rich person.

Another of our famous predecessors was the brilliant and courageous Frances (Mad Fanny) Wright (1795–1852) who gave her entire adult life to an effort to free slaves and secure equal rights for women. Unfortunately, her good deeds were often overshadowed by her lifestyle. Still she fought for those who could not fight for themselves.

Frances Wright’s companion and fellow traveler was former Congressman Robert Dale Owen (1801–1877). Owen knew Abraham Lincoln from having served in Congress in 1843–1847 while Lincoln served in Congress 1847–1849. Owen’s 1863 letter to Lincoln urging him to free the slaves is credited with influencing the President to issue the Emancipation Proclamation.

Robert Owen and Alvin Hovey were also Posey County’s delegates to the Indiana Constitutional Convention of 1850–1852 that produced our 1852 Constitution in which our legal system demands fair and equal treatment regardless of a person’s ability to pay. The Preamble sets forth the first principle of our government is to establish justice and, as set forth in Article I, “That all people are created equal”.

While there are many reasons we need justice from our legal system, I suggest the two most important areas concern whether our government wants to lock us up or take away our children. Of course, there are many wealthy people who are charged with crimes and even some wealthy people who the rest of us believe should lose their children to state care. However, it is simply a fact that most people who go to jail are poor as are most parents whose children are removed by the courts.

It is usually the poor and powerless who are caught up in the terrifying, confusing and expensive legal system. And frequently these poor people are not highly educated nor do they have friends in high places. They need help and both Indiana and federal law guarantee that help to them, including representation by an attorney. If the rest of us want to lock someone up or take away their children, the least we can do is follow the law ourselves and provide these people with legal assistance as our Constitutions demand. This is not only required by law, fair, just and reasonable, it is good for all of us. If the innocent are not locked up or the guilty are fairly sentenced or children are not removed when unnecessary or when necessary are removed carefully and with efforts to help the children and the parents, such justice is in our own self interest. In other words, not only is it right, it is smart and in the long run saves us money as it helps people recover so they may contribute to society. And it helps families remain united or reunite.

If we can spend trillions on matters beyond our borders, we should not be mean-spirited and self-destructive with our own citizens. Plus, it complies with the law, especially those state and federal Constitutions some of us are fond of saying we revere.

Dr. Weaver, a Posey County, Indiana physician, and Judge Parrett, the Posey Circuit Court Judge when our courthouse was built in 1876, were friends. If Dr. Weaver could step into an operating room of a hospital today he would be unable to function. If Judge Parrett walked into the same courtroom he presided over 141 years ago, he would not miss a beat. Medicine has progressed. Law remains much as it has been for centuries. However, starting in April 2017 citizens in Posey County who need legal services will see a change much like Dr. Weaver’s new operating room.

No longer will one need to be chained to a courthouse to file legal documents or check on the status of their case. E-Filing and digital pleadings will soon take the place of musty old file folders. The legal profession has often seen changes in the law as a dangerous meddling with carefully and slowly developed procedures that are based on years of experience, good and bad. Lady Justice has always worn the same blindfold and toga for good reason. She carefully guards the courthouse portals.

This attitude has sometimes led to arcane mysteries that stultify the system and result in slow or incomplete legal outcomes or even unjust ones. Perhaps modern technology will help staunch the flow of inordinate amounts of legal documents, much of which are irrelevant to just resolutions, and will reduce the time between when cases are commenced and resolved.

Instead of citizens getting their knowledge of their legal system at the coffee shop or from television, much as patients used to turn to home remedies and wives tales, now one will be able to go right to the actual source.

Of course, changes in trappings and procedures do not guarantee justice. We might be able to increase access to the legal system while we reduce costs and delays. But justice must still come from people, not just the staffs of the Clerk and the Court, or the attorneys and judges, but also from the lay people who come to or are brought to the Bar.

Regardless of legal procedures and technologies, a desire in the participants to fairly resolve controversies always has been and always will be the best safeguard of justice. Truthful testimony and pre-trial exchanges of accurate information mean far more than scanning in pleadings or printing out court decrees over the Internet.

On the other hand, if one cannot access justice easily and economically, a proper spirit of honest compromise is of little help. Soon Posey County’s legal system will address the access portion. Citizens and those who operate the system will still need to address the rest.