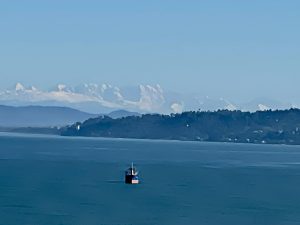 What is wrong with the American political system? Why are people so upset? Are we living in the End Times, the dreaded Eschaton? Why is Kanye West (Ye) such a pariah to many and a voice crying in the wilderness to some? Will Donald Trump save America or destroy it? How about Joe Biden? Was that referee blind when he called pass interference against my team or maybe he had a bet on the game? Really, can someone explain to me how anyone can see any possible redeeming value in talking to Putin? We probably ought to just go ahead and push our button before he does his. And, what is it about lawyers? If I hear one more attorney say to me, “On the other hand,” I am going to throttle him. There is only one side to an issue, the right side. I do not need someone telling me to consider someone else’s views in politics, religion, the Supreme Court or my in-laws. In other words, there is nothing wrong with America, or the war in Ukraine, that could not be fixed if they would put me in charge.

These thoughts woke me up at 4:00 a.m. Georgia Time this morning after Peg and I had had a discussion with two of our Georgian (the country) friends yesterday afternoon. I had casually raised the thought that much as America reacted to the Cuban Missile Crisis, perhaps Putin was concerned about the United States and other NATO countries having military installations near Russia’s borders. Of course, we know we would not launch any nukes into Russia, but does Putin? Perhaps we should apply a lawyerly analysis and try to see the situation from all points of view. Well, I tell you, Gentle Reader, that was not a popular approach with my Georgian friends whose country has already been seriously encroached upon by Russia. In the Russia vs. Ukraine War, most Georgians and most Americans see only one side with one point of view. Russia fired before talking, so Ukraine and its allies should do the same. After all, Georgia or Moldova, or Poland may be next. If history is the guide, as it often is, then trusting Putin to be reasonable is not reasonable.

Peg and I like our Georgian friends who have been gracious and welcoming. Georgia is a beautiful country and our apartment right on the Black Sea would not show well ringed with Russian war ships. We do side with Ukraine as I also made several Ukrainian friends when I taught Ukrainian judges for a couple of weeks over Christmas time in 1999-2000.

Russia is in the wrong and Ukraine is in the right. That may start the analysis, but it should not end it. A nuclear war is not in Ukraine’s best interest nor in Georgia’s. And it most certainly is not in America’s. So, as I cautiously kept the remainder of my lawyerly, Jesus-type of mote and log reasoning about Putin to myself, I thought about all those times our friends and family wondered what was wrong with us when we gently said, “On the other hand.”