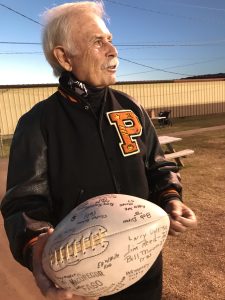 Much as the Summer Solstice ushers in the ennui of torturously less daylight each day, as each of the forty-four college football bowl games is completed the dark pall of life without football forces us to put down our beer, get off the couch and go back to work. I accept that COVID is a significant issue but so is mental health. And one of America’s best palliatives for depression in the gray days of winter is watching other people risk their well-being on the football field.

The first college football game was played on November 06, 1869 between Rutgers and Princeton in New Jersey; one hundred people attended the game that Rutgers won 06-04. The first college bowl game was the Tournament of Roses’ East-West game (The Rose Bowl) played on January 01, 1902 between the University of Michigan Wolverines and the Stanford University Cardinal; there were eight thousand-five hundred spectators. Michigan won 49-0 and Stanford quit with eight minutes left to play. That first bowl game was initiated to increase interest in Pasadena, California as a tourist destination and to market the surrounding area and its products. All bowl games since that first one have had similar goals. The outcome of the games is not of paramount concern to most.

The attendance at such highly hyped events as the Tailgreeter Cure Bowl between Coastal Carolina University and Northern Illinois University on December 17, 2021 is indicative of the lack of fanaticism at most bowl games; 9,784, about the same number of fans who showed up for that first Rose Bowl. The bodies in the stadiums at bowl games are not the targets, eyeballs on TV advertising and promotion of each venue are.

As for the schools and players involved, they may have analogous goals. The colleges want to showcase their products and make some money and some players have hopes of enhancing their football futures either as players, coaches or announcers. In other words, the first bowl game was for exhibition purposes and, except for the payout by major sponsors to each school, that is still the overriding rational.

With that in mind I have a few suggestions on how we can incorporate the goals of all involved, or watching, with the ever-expanding number of college bowl games. As I mentioned earlier, we already have 44 bowls. It would require an addition of only 8 more to be able to have one bowl game every week of the year. Surely such eager potential sponsors as Bitcoin or China would pony-up for a chance to showcase their greatness. Maybe a bidding war could be encouraged between Jeff Bezos and Mark Cuban or Elon Musk and Mark Zuckerberg. Israel and Iran could promise to dismantle their nuclear ambitions and sell their peaceful intentions via commercials. Surely Facebook and TikToc would want to play.

One might wonder how one extra, exhibition-type game could be woven into a school’s regular football schedule. From the quality of play of most bowl games and with countless players opting to sit out, it is apparent that just showing up for one more Saturday should not be a problem. When my friends and I played Friday night football it was not unusual for some of us to show up the following Saturday morning for an impromptu, unorganized sandlot game just because. A lot of bowl games have a similar feel.

This system would expand college football perpetually and solve the ego problem for such “sponsors” as Jimmy Kimmel who endowed the Jimmy Kimmel LA Bowl. America could probably easily come up with underwriters such as Donald Trump and Alexandria Ocasio-Cortez. Heck, I humbly suggest the Jim Redwine Armadillo Bowl might draw a nod or two and Peg and I will kick in fifty bucks apiece if that would suffice. We could host it in a pasture at JPeg Osage Ranch if the resident varmints do not too strongly object and if fans do not mind sitting on the ground. TV rights could be negotiated.