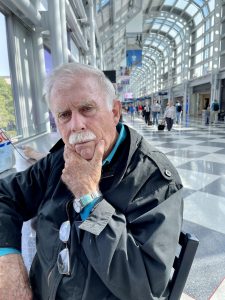 The Judicial Branch of our government is in some ways the most powerful and in every way the least democratic branch. While we have only one President, the President may serve a maximum of eight years and must be elected by popular vote. Of course, the Electoral College is the mechanism we use, but popular vote by the electorate is still the gold standard. That is, we have the right to help choose our Executives. Not so our federal judges.

After last week’s scintillating column on Constitutional Law I know you are eagerly awaiting promised round two on politics and the United States Supreme Court. Of course, America’s judiciary eschews any notion that court outcomes are sometimes a product of the political views of the judge or judges who decide the cases. At the National Judicial College where I have served as a part-time faculty member since 1995 one of the guiding principles is the effort to have completely impartial judging of all cases. That is a proper goal. However, is that goal always achieved? Let’s take a look behind the black robes of history starting with America’s most famous case, Marbury v. Madison, decided in 1803 a mere sixteen years after the end of the Constitutional Convention that occurred on September 17, 1787.

You may recall that last week we had sought guidance on understanding the U.S. Constitution from law professor Michael Klarman who spoke to the Indiana Graduate Judges Seminar in French Lick, Indiana in June 2019. In his book The Framers’ Coup, The Making of the United States Constitution, Professor Klarman gave an in-depth analysis of the political warfare that produced our Constitution. A similar phenomenon occurred when the fourth Chief Justice of the Supreme Court, John Marshall, blatantly grabbed for the U.S. Supreme Court the immense power to declare whether a particular law was constitutional. Marshall deftly, and unethically, used the virulent hatred between those early Americans who favored a strong central government, the Federalists, and the anti-Federalists who preferred a more citizen-centered national government. John Adams was our second president and he was one of the strongest proponents of a strong central government. Adams was defeated in an election by our third president Thomas Jefferson in a bitterly fought campaign. John Marshall served as Adams’ Secretary of State and Marshall and Jefferson despised one another. Just before Adams’ term as president ran out he appointed John Marshall to be Chief Justice of the U.S. Supreme Court. Marshall was succeeded as Secretary of State by James Madison who, incidentally, later became our fourth president.

Just before John Adams left office he also appointed numerous judges and justices of the peace as a sharp stick in the eye of the incoming president Thomas Jefferson. William Marbury, a wealthy businessman and vocal opponent of Jefferson, was one of Adams’ justice of the peace appointees. While Secretary of State, John Marshall had the duty of signing Marbury’s certificate of appointment and delivering it to Congress. Marshall failed to get that done and the task was left to new Secretary of State James Madison. But President Jefferson, who was angry at John Adams for the last minute appointments, ordered Madison to not deliver Marbury’s certificate. Marbury then filed a law suit in the Supreme Court seeking to have the Court order Madison to give Marbury the certificate of appointment.

If all this intrigue seems rather petty and even perhaps reminiscent of our current political climate involving nasty actions on all sides, well, the pettiness turned out to have a momentous affect on every court case in America after 1803. The squabble may have resembled a tempest in a teapot but Chief Justice John Marshall’s highly political decision in the case resulted in a federal judiciary of immense power, a power not contemplated by many of our Founders and Framers of our Constitution.

Because of his earlier direct connection to Marbury’s appointment John Marshall should have recused himself from the case and should have had no part in it. However, Marshall seized upon Thomas Jefferson’s hatred of John Adams to trade what Jefferson wanted, that is to prevent Adams’ last minute appointments, for a huge leap toward a strong centralized government where the Judicial Branch would have power over decisions of both the Legislative and Executive Branches’ decisions.

What John Marshall and two more members of the then five member Supreme Court decided was that the legislative act that purported to give jurisdiction over cases such as the one brought by Marbury violated the Constitution therefore the Supreme Court had no authority to order Madison to give Marbury his certificate. It might appear to have been a win for Jefferson over Adams, but it was the ultimate Pyrrhic victory as Marshall and all future courts used it as a nuclear weapon in the war between the Federalists and anti-Federalists. Supreme power over what the Constitution meant has resided in the Supreme Court ever since 1803.

So, as America’s judiciary proclaims it must remain independent from outside influences and look only to the law and the facts, it might appear to some cynics that the blindfold often slips. Anyway, I am certain you probably feel the same sense of relief in finishing this column that I did in finishing law school and Professor Klarman’s book. On the bright side however, the rest of your day is bound to get better.