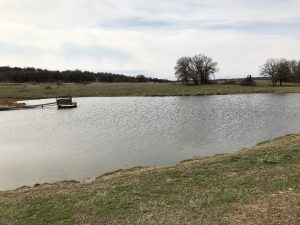 In 1729 Jonathan Swift (1667-1745) published his two-fold solution to the problems of Irish poverty and a shortage of meat among wealthy British. Swift proposed poor Irish parents could eliminate their cost of feeding their children by selling them to wealthy British for food. The title to Swift’s essay illustrates why he published it anonymously:

A Modest Proposal For preventing the children of Poor People From being a Burthen to Their Parents or Country, and For making them Beneficial to the Publick.

Swift’s satirical cure for the pandemic of his time, the great disparity between the few rich and the many poor, is probably not a reasonable recipe for how America might encourage its youth to self-quarantine until COVID-19 is brought under control. However, other less dire approaches may be worth considering.

Jonathan Swift pointed out he could not profit from his idea as he had no young children to sell and his wife was past child-bearing age. In like manner Peg and I are hardly affected by any of the following suggested measures. We are in our seventies, we receive Social Security checks and we live in the middle of nowhere by ourselves. Our nearest beach is the mud around our pond and we have to share it with the cattle. Isolation for us is simply a fact of life. Be that as it may, I submit the efficacy of these ideas should be evaluated on their own merit.

The general topic of discussion in America and the world today is how do we encourage people, especially our youth, to self-quarantine? I say especially the young because Spring Break type activities usually do not involve folks such as Peg and me. And that leads us into my proposed solutions. Perhaps we should look to our own youthful memories to help us understand how we can encourage young people to do the right thing for all of us. And such altruistic behaviors by the young should be encouraged, not demanded. After all, we are Americans. None of us reacts well to someone else ordering us around. A spoonful of sugar is more likely than a threat to get any of us to do what’s best for all of us, at least for a short while.

So, let’s consider how anyone who is young can be encouraged to forego beach parties and similar group exercises. I remember one sure way to get me as a young person to not do something was to have an older person tell me it was for my own good. Maybe first we could have all parents encourage their children to congregate on the beaches so they could get more Vitamin D to help them fight off the virus.

Another sure turnoff was for an old person to tell me how he or she used to do something and how well they did it. We could station kiosks with six foot perimeters on the beaches where old people would loudly and continually regale anyone within earshot of the old person’s one-time youthful exploits.

Of course, the surest way to have younger people not engage in a certain behavior is to have older people offer to engage in such behaviors with the young themselves. So we could have old men and women threaten to flood the beaches, while maintaining six foot intervals, and attempt to cavort with the young as much as arthritis will allow. To complete the program of negative reinforcement we could have the old people wear thongs and fake gold chains and drink prune juice instead of alcohol. You know, something similar to a 1960’s Love-In but without the love or the pot. That should assure young people will voluntarily abandon the beaches and the crowds for the thirty to sixty days we need to flatten the COVID-19 curve.