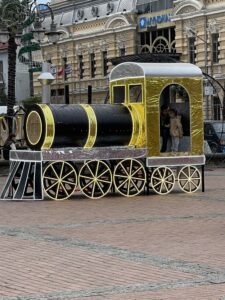 Is it an end or a beginning? A New Year of hope or a past year of regret? A harbinger of exciting new adventures or a specter of hovering doom? I guess one way of discerning whether we are going to gaily anticipate, as the tune says, “Oh, the good times are coming,” or gloomily dwell on, “I took the blows and did it my way,”  is to make an accounting of 2022. After all, if past is prologue, perhaps we can peer into the future by studying the past. But, as the sorceress Cassandra who was blessed by the gods with the gift of prophecy but also cursed because no one would believe her forecasts of coming disasters, we might see the freight train coming but ignore it anyway. Nuclear war anyone? Ah, well, let’s count some blessings and justify some bad choices from 2022.

I would say my number one blessing during 2022 is that I am not related to Harry and Meghan. When one has family like that, other bad relationships fade into royal oblivion. It’s not that my family is perfect; my older brother and my three older sisters still assume I cannot tie my shoes without their help. But let’s move on. 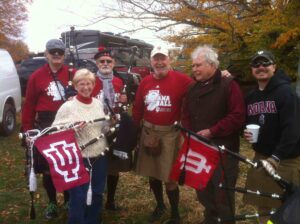 The 2022 college football season was pretty much a bust. The Indiana University Hoosiers, of course, never disappoint because we never expect anything. However, the Oklahoma Sooners had better be rebuilding or else the whole apparatus is falling apart. And the Oklahoma State Cowboys looked more average than average can bear. Come on, Pokes, do something! Peg, not I, cares about the Purdue Boilermakers who got clobbered in their mediocre bowl game. As an IU alum I didn’t mind, but Peg’s two brothers are Purdue grads so she was upset. If 2023 is a rebuilding year, I just hope the crumbling Roman Coliseum is not the model our teams are emulating.

Speaking of disasters and rebuilding, we had two, that’s right two, water leaks in our cabin at JPeg Osage Ranch in 2022. One came from a clamp that slipped off of a water heater hose and the most recent, December 23, 2022 (Merry Christmas), was caused by a connection to the ice maker on the refrigerator. Did you, Gentle Reader, ever worry about your refrigerator attacking your home? Me neither. I’ve worked construction and made countless home repairs to everything from fountains to garden hoses and never once had to deal with a refrigerator water leak. Happy 2022 all’ya’all.

Now did anything good occur in 2022? You bet. Peg successfully rehabilitated after her hip replacement surgeries and I managed to learn about three chords on the guitar, although Peg will not countenance me trying to sing along as I strum. She claims my key changes are bad. What’s a key?

Well, I have revisited about all the chagrin I can stand and the 2022 bright spots are fading fast, so on to 2023. My predictions are mainly connected to Peg’s and my work in the Republic of Georgia that sits right on the Black Sea directly across from Ukraine and has Russia on it’s northern border. What could go wrong?

Putin, the Grinch who is trying to steal Ukraine and who already occupies 20% of Georgia, looms large in my reading of bird entrails. The only bright spot I see is our son Jim’s observations about Russian military equipment he fought against in the Iraq War, the Gulf War and briefly in Afghanistan. Jim says it was junk then and it’s junk now. Of course, even nuclear junk might ruin our whole day in 2023.

But I boldly foresee a world where Putin comes to his senses and Zelensky re-thinks his thirst for revenge. Both leaders will most likely end up accepting less than half a loaf of what they want. At least that’s my hopeful, if naive, bet.

Regardless, “When the dealing’s done and there’s time enough for counting” in 2023, I predict “Sunshine and lollipops”. Why not dwell on the positive? After all, Harry and Meghan will surely shut up sometime. But, until then as both King Lear and King Charles found out, “More sharper than a serpent’s tooth is a thankless child,” especially ones who are mistreated by allowing them to live in palaces and spend their time with sycophants such as Oprah.