Peg and I like living in the country. Our nearest neighbor’s residence is within sight but not sound. Even the occasional gunshot is but a faint report. No one just walks over as they used to when we lived in town. Of course, with ’Ole 19 raging no one would do so in town either. So town living resembles country living for now. Perhaps a few million vaccinations will reprise neighborliness. Although I find myself gradually becoming acclimated to the solitude. I do not believe I am as yet completely misanthropic but I can sense the progression toward it. Even the occasional arrival of a UPS or FedEx driver now causes an initially negative reaction. There was a time such an event brought forth excitement. Now not so much. My current reaction is more like someone whose emersion in a good book is interrupted by his or her spouse’s request for attention to some task in need of immediate attention. Really, is there anything going on in our COVID-19 world that cannot wait? After all, if Congress and the president do not deem matters essential, why does Peg?

Anyway, life on the prairie in winter, especially during the pandemic, has a baleful bucolia about it. One is aware of the potential for evil in the outside world but the solitude insulates the senses from it. One begins to gradually retreat from the angst brought on by the cacophonous environment that assaults us every time we interact with our complex culture. On the prairie such things as politics and boorish behavior recede from one’s daily consciousness. If a person can detach him or herself from television, self-delusion can seep through the veil of awareness. Maybe 2020 was a bad dream and merely the detour we have had to take to get to the future.

But the sirens of prairie reverie can lull us into hopes that if we ignore the world it will leave us alone and, more importantly, that all will be well. It is similar to our hopes that by eating only chocolate we can lose weight or that more wine is the answer to depression. When the chocolate and wine are gone our clothes still will not fit and our problems remain. As we learned from Henry David Thoreau (1817-1862), simple living and a desire to eschew government do not result in solutions to complicated societal problems. The hard work of day-to-day living and operating a country cannot be accomplished by wishing it so from the prairie. Somebody has to turn on the lights.

I may find myself drifting toward a desire for a reclusive Elysian prairie existence, but I expect hard scrabble involvement will be called for, at least by millions of other citizens, if I want to continue to enjoy my detachment. 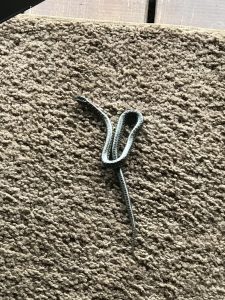