The following Gavel Gamut newspaper articles are about the lynchings and pogrom that took place in Mt. Vernon, Indiana. The lynchings of William Chambers, Jim Good, Jeff Hopkins and Ed Warner took place on the courthouse campus in the middle of town as did the slaughter of Daniel Harrison, Sr. That same week of October 12, 1878 John Harrison was shot and his body was stuffed into a hollow tree on the farm of future Indiana Governor Alvin P. Hovey. Daniel Harrison, Jr. during that same week was burned alive in a steam engine of a railroad train locomotive in Mt. Vernon, Indiana. As John Leffel, the editor of the Western Star Newspaper and an  eye witness to the murders, then said, “Let the appropriately dark pall of oblivion cover the whole transaction.” And that is what happened until 1990 when I rediscovered the matter and began to write and publicly speak about these murders and pogrom and call for a memorial to the dead men and the African Americans driven out of Posey County under threat of death. 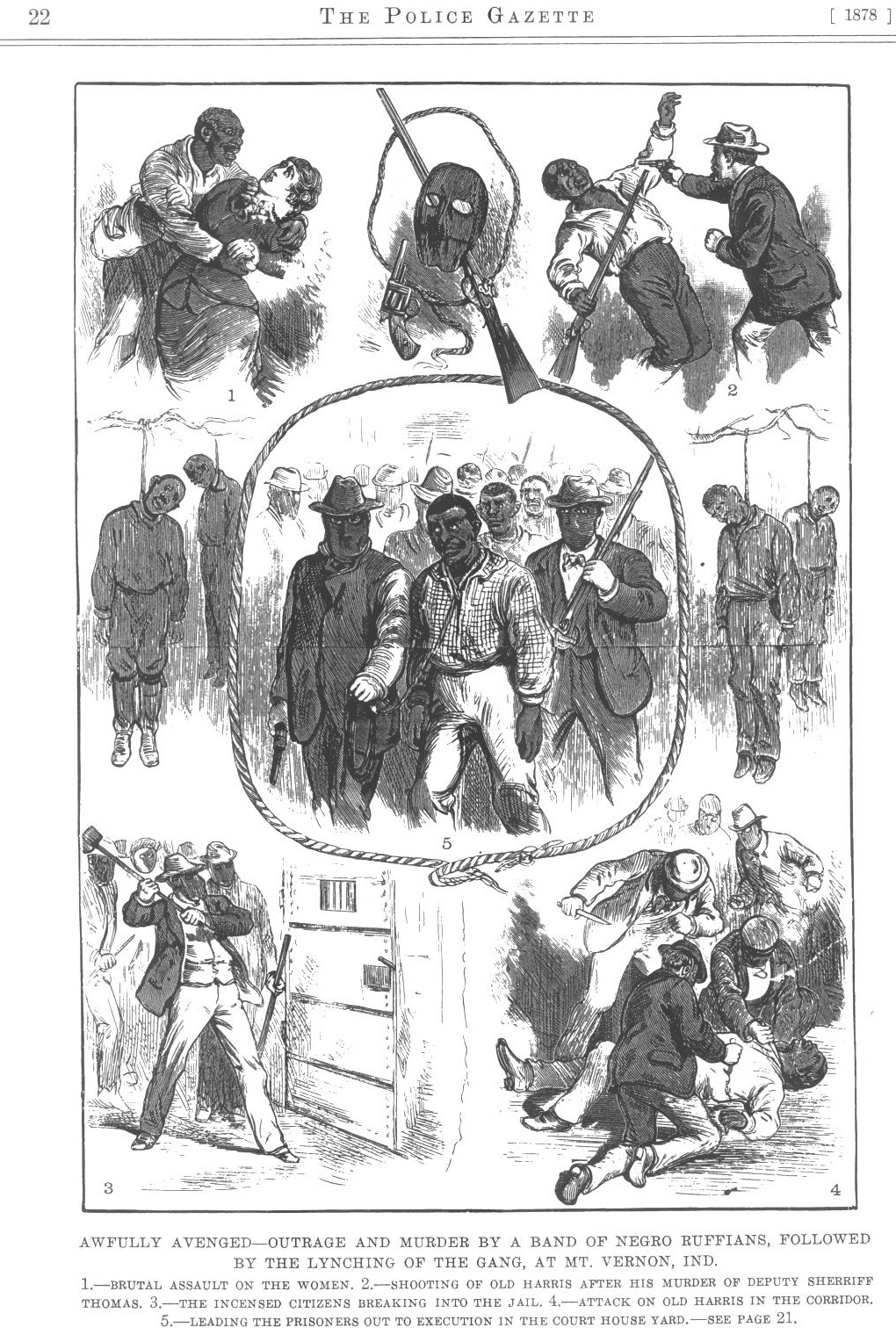