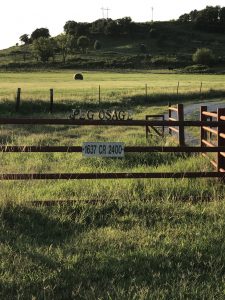 Henry David Thoreau (1817-1862) sought wisdom in living simply on Walden Pond outside Concord, Massachusetts just twenty-five miles from Boston. Thoreau spent two years there in a hut he built himself. Part of the wisdom he imparted then that speaks to our COVID 19 society now was the observation that government is best that governs least and less can be more in many aspects of life.

Since March 5, 2020 Peg and I have discovered that as long as the computers keep turning out our Social Security checks and Medicare continues to cover us a great deal of government is superfluous, at least for us. We used to dine out regularly and occasionally engage in person with friends and family. If the UPS driver is excluded, we are now as though on an unknown archipelago where armadillos play the role of giant sea turtles, coyotes stand in for killer orca whales, rattlesnakes imitate Komodo dragons and mooing cattle provide cacophonous concerts. We no longer commune in coffee shops and cafes but find ourselves quietly hiking up the rocky tor we call JPeg Peak or around the cloudy pond down from our cabin. Our interaction that once was among friends, family and general society is now almost solely between us. And while I have never considered myself misanthropic, I find solace in the absence of unlimited casual connections. Also, after lifetimes of sowing and sometimes reaping crops of worldly goods we are less compelled to further heed those siren calls. Our satisfaction is now found among non-speaking species and sweat producing projects where the rewards are temporary fatigue and long-term practicality. Netflix is our new opiate along with the rest of the socially distanced masses and George Orwell’s Newspeak dominates public discourse through the TV.

Our government that only a few months ago considered itself so essential to most aspects of our lives that it always took our tax tribute and sometimes rewarded us with services now declares its services suspendible until further notice but still collects the tribute. One might wonder if we could not permanently forego many of these costly bureaucracies whose only purpose may appear as “noisy gongs or clanging cymbals”, (1 Corinthians 13). When our government buildings lock us out for months at a time we may find there is no need to completely reopen them. Perhaps the trillions of treasure our government borrows from countries such as China could be reduced to levels that our grandchildren can afford to repay long after we have matriculated.

Neither Thoreau nor I call for a complete lack of government or society but instead better versions of both. As we gradually and carefully emerge from our individual Waldens perhaps we should take this opportunity to reevaluate what parts of our government and our general culture actually serve us. After all, what some may find to be the bitter medicine of isolation we are forced to take may not have just negative side effects if we properly apply the lessons taught by history.

It is not only our various tiers of governments, local to federal, that have exposed much of their avoirdupois by doing us the favor of shutting us out. Many businesses and other organizations have been forcefully confronted with the reality that much of what they do can be done better with less expense and fewer people or need not be done at all.

As we face the possibility that COVID 19 may give us few choices and all of those bad, perhaps we can salvage some good from our situation. Just as President Lincoln used the horror of the four years of the Civil War as the means to end slavery when he had not been able to persuade America to do so earlier, maybe we can take the harsh punishment of the Coronavirus and emerge with a more productive and more egalitarian society. Some experts estimate it will take up to four years to develop an effective, safe and universally deliverable vaccine. The most hopeful estimate is twelve months from January 2020.

When it comes to treatment we have a shorter estimated timeline but still will have several more months to go. Of course, any treatment has to be deliverable on a wide basis. If we soberly consider the scientific opinions, we probably have to conclude that our most reasonable currently available option is to institute and maintain social distancing for several more months and maybe for up to four years. Of course we can decide that approach is of more harm to us than the virus is. In that event we might concentrate on categorizing different at-risk groups and then apply different procedures to each one.

For example, Peg and I are in our seventies and our children, grandchildren and great grandchild are not. Maybe Peg and I should take the responsibility for our own health and proceed accordingly. If we were at war folks such as Peg and I would be the draftee soldiers and the rest of the country would support us with supplies and care as the non-soldiers, the less vulnerable members of society, carry on with their lives. As a country we have generally accepted that we are at war with this enemy. Perhaps we should address this fight as we would have in World War II. Peg and I have already volunteered by isolating since the beginning of March and believe it is our obligation to continue to do so until it is safe for us not to.

As the generation who benefitted most from the great sacrifices of the World War II generation, the Greatest Generation, we see it as fitting that we take our turn. And, frankly, a Walden Pond, or JPeg Osage Ranch, lifestyle is a lovely respite. We look forward to once again joining the rest of the less vulnerable society when science shows us the way. In the meantime we express our best wishes to those who can more safely join into all those social activities that Peg and I have already enjoyed for many years. That is, if that is their choice and they can safely do so. 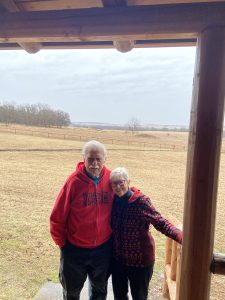