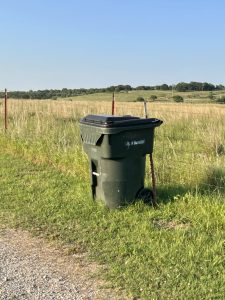 Margaret Thatcher said the problem with socialism is you eventually run out of other people’s money. Thatcher noted this truism long before ’Ole 19 brought about payments of trillions of dollars to people to not go to work. These trillions were not created as a gift from the gods but are borrowed from future generations. Such largesse with the earnings of contemporary small business owners and yet to be born taxpayers may cause warm fuzzy feelings but the concept of something for nothing is a zero-sum game. It can lead to an attitude of entitlement. Unlike teaching folks to fish, entitlement can instill a belief that fish will hook themselves and that if someone else has caught a fish they must share it. A moral society has an obligation to care for those who cannot care for themselves. But it is immoral to foster an attitude that the able bodied have no obligation to contribute. Even worse is the idea that those who do have means must not deserve them so it is okay to take their property without paying for it.

According to the office of the Attorney General for the State of California a large number of folks who frequent retail establishments such as CVS, Walgreens and Target in the San Francisco area simply take items off the shelves and leave without paying. This attitude of “what’s mine is mine and so is thine” may be infecting the American psyche beyond the land of free love and tent cities on the public streets. Evidence of this creeping social virus can also be found on our public roads and byways.

Some people apparently assume all the world is their trash can and dump their refuse on the rest of us. How difficult could it be to carry a trash bag in a vehicle and occasionally put the filled-up bag in one of the large containers that populate every public park or roadside rest stop? Once again it is the entitlement thing. The thought process may go something like this:

“I am going to shoplift some items or buy some beer or fast food and then dump the refuse on my fellow citizens. It is okay because I should not be expected to be responsible for my own mess. After all, I either didn’t pay for it to begin with or bought it with COVID-19 money I didn’t earn and may not need.”

Perhaps there is no direct connection to socialism, COVID-19 and people who are too lazy to properly dispose of their own trash, but my guess is it’s an apt tautology. Anyway, in a few more years of dolling out other peoples’ money our federal, state and local governments will run out of ink and maybe our society will then care for those who cannot care for themselves but will respect others who can work enough to require them to do so. Also, that newly engendered sense of self-worth might encourage them to pick up their own trash.