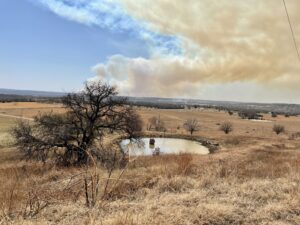 I like brown grass. It matches the unfallen brown leaves I don’t have to rake and the brown stagnant water in the pond that hides my fish from the ravenous blue heron. Also, brown grass does not engender chiggers. Ah, chiggers, Mother Nature’s reminder that we humans are, in fact, at the top of the insect world’s food pyramid. Here’s how the internet waxes eloquent about chiggers:

“They bite their human host (who invited them?) and by embedding their mouthparts into the skin

The omniscient internet says chiggers prosper in grasslands, like the Osage County, Oklahoma prairie, and are most numerous in early summer when grass is heaviest; you know, like now! I have been doing my own field work on chiggers since the mowing season has returned. I can attest that for once the internet is correct; chiggers proliferate in tall green grasses.

My ankles still display chigger bites from those halcyon childhood summer days when I would gayly traipse through the green prairie grasses in short pants and bare feet while the chiggers were rejoicing at the opportunity to embed their heads permanently into my skin and scar me physically and mentally for eternity. Surely someone should have kept me out of tall green grass for the first ten years of my life and surely I should not be communicating with chiggers now as beautiful dry brown grass turns into tall green chigger heaven.

Unfortunately, I cannot convince Peg our yard looks just fine with waving green stems interspersed with golden dandelions. She insists that I do battle with the vegetation that is being protected by battalions of chiggers as ferocious as Ukrainian freedom fighters. I don’t get it. Peg plants countless flowers and even decorative grasses while she insists I attack our yard with a smoking, noisy grass decapitating Kubota dragon. No wonder the chiggers launch counter attacks. I say let bygones be bygones. I’ll forgive those childhood chiggers if today’s marauders will leave me alone. But how can they if Peg demands I destroy their homes?

I say the blames for my chigger discomfort falls squarely upon Peg’s pathological need to impress the neighbors. Neighbors? We live in the country! Our cabin is a quarter of a mile from the main county road. Nobody ever sees our yard unless you count FedEx and UPS drivers who deliver Peg’s ever regenerating plants for her to plant and the chiggers to nest in. If I did not mow the yard all summer no one would see or care; well, except Peg of course.

But the real problem is not Peg. The real problem is the United States government that can send out trillions of borrowed dollars to encourage people not to work and trillions of borrowed dollars to help Ukrainians blow up Russian tanks, planes and ships but cannot spend a Depression Era dime to eliminate chiggers. It is time we returned to those thrilling days of yesteryear when instead of spreading armaments we spread insect killer, not DDT, of course.

Let’s hear it for dead chiggers and live, itch-free people. That’s a better campaign slogan than “Ban the U.S. Supreme Court” or “Raise a statue to Sammy Alito.” Well, excuse me a moment. I’ve got to go get Peg to type up this column for the paper and I can see out the window she is gleefully planting even more insect habitat. 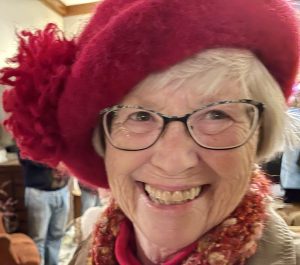