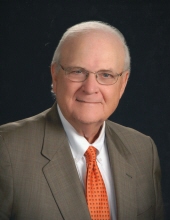 Dylan Thomas (1914-1953) was a Welsh poet who was imploring his dying father to fight against death. Dylan pleaded with his dad:

“Do not go gentle into that good night. Old age should burn and rave at close of day. Rage, rage against the dying of the light.”

The bravest fighter against Death I have ever known was my 79-year-old brother, Philip W. Redwine. Death was playing against Phil with a stacked deck but Phil kept drawing to inside straights for 34 years after Death thought it had dealt Phil a losing hand. The ultimate outcome was never in doubt but the timing sure was.

In 1987 Phil had a wife to help support and three young children to rear when, as country singer Tim McGraw sang:

“He was in his early forties (Phil was 44) with a lot of life before him when a moment came that stopped him on a dime.”

The oncologists at Fred Hutchinson Cancer Center in Seattle, Washington told Phil he could die within 4 months but certainly would not live beyond 2 more years. Phil and our sister, Jane Redwine Bartlett, had gone to Seattle so Phil could apply to be a part of an experimental treatment program as Phil’s physicians in Norman, Oklahoma where Phil practiced law told Phil he only had 6 months to live. The Fred Hutchinson medical team apologized to Phil when they told him the cut off age for the experimental treatment study was 40. As Jane reported to our oldest brother C. E. Redwine and his wife Shirley and me, Phil simply responded that the Fred Hutchinson team, “Was not talking to the Phil Redwine who was dying, but to the Phil Redwine who was living and they were going to want him as a model for their study.” He asked them for the treatment even if he was not included in the study. After an overnight meeting Fred Hutchinson agreed to let him try.

So, for 34 years Phil practiced law, supported his family and was deeply involved in giving of his very limited time and limitless talents to his community. He endured chemotherapy, radiation, kidney failure, heart disease and cancer induced diabetes as he gave love and free legal advice to countless family members and friends. Phil could have been the model for the author of the Book of Proverbs. Just a few of the truisms that Phil’s life exemplified are:

Phil would always listen respectfully to another’s point of view and would hear them out completely before agreeing or, gently, disagreeing.

When you sought advice from Phil you knew he would carefully consider everything that you said then he would respond wisely and never make you feel lesser. Perhaps his constant companion, Death At Any Moment, guided his thoughts and helped him see others as Ernie Pyle said about soldiers in World War II:

“When you’ve lived with the unnatural mass cruelty that mankind is capable of inflicting on itself, you find yourself dispossessed of the faculty for blaming one poor man for the triviality of his faults.”

And perhaps his own constant vulnerability filled him with a passion to champion those who could not champion themselves. Phil fought the good fight for good causes in and out of court and often at immense cost to himself. He will be greatly missed, but his legacy is long and strong. Well done, Brother, you are my hero.