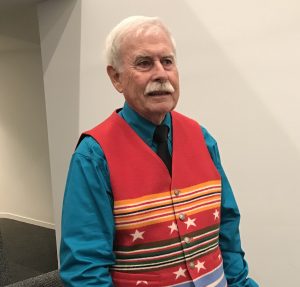 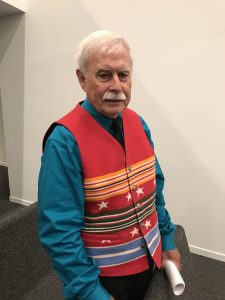 President Biden has announced his intention to nominate an African American woman for the Senate to advise and consent for service on the United States Supreme Court. At the risk of being embroiled in a Whoopi Goldberg “Jewish is not a race issue type of discussion”, I suggest neither race nor gender is the issue for whomever is nominated.  Politics is always what membership on the Supreme Court is about.

From the highly political John Marshall (years on Court 1801-1835) to the highly political Ruth Bader Ginsberg (years on Court 1998-2020) the justices of the U.S. Supreme Court have often worn their politics on the sleeves of their robes. Marshall was nominated by President John Adams. Ginsberg was nominated by President Bill Clinton. Americans who agreed with Adams’ political positions generally agreed with Marshall’s decisions and those who leaned in Clinton’s policy directions championed Ginsberg’s. We should not be surprised if a president nominates someone whose political tendencies match the president’s. It is not a justice’s race or gender that matters; it is their philosophies.

Sometimes when a president, liberal or conservative, chooses a justice, that justice turns out on the opposite end from the president’s philosophy. President Eisenhower, a conservative, chose Earl Warren (years on Court 1953-1969) who led a liberal revolution from his position as Chief Justice. And President George H.W. Bush nominated the African American Clarence Thomas to the Bench; Black Clarence Thomas may be to the right of former slave owner Roger Brooke Taney (years on Court 1836-1864) who decided the Dred Scott case. Although it is not likely Thomas would have agreed with that particular decision.

Supreme Court justices are just like the rest of us. We carry our beliefs and prejudices throughout our lives. They change from time to time and sometimes we can overcome them. But the U.S. Supreme Court is just another political branch of our three-branch political democracy. Politicians are placed on the Court by politicians that we elect. As Plato might have said, “Only the naïve believe otherwise.”

Instead of our long-time national self-delusion that the Supreme Court is not a political force, we should acknowledge that the justices are just humans and accept reality. The best we can hope for is term limits instead of a life-time appointment. I suggest one ten-year term would be about right.

The great Greek statesman and military leader Pericles (495 – 429 BC) said, “The best guardians of a society are leaders with the wisdom to recognize their duty and the virtue (courage) to do it.” Both elements are essential characteristics for our leaders. We may elect smart people who are not wise and good people who are not brave. But what we need are wise and virtuous leaders who fear loss of honor more than fear of losing elections.

Of course, our leaders are as human as we are. We all fall short of the ideal. It is not perfection we need from our politicians but the ability to recognize it when they have taken the wrong course and the character to modify their behavior in the face of great pressure to continue on a destructive path. If we apply these standards to America’s involvement in Afghanistan, we can see the virtue in our original reactions to the attacks of September 11, 2001. We were morally obligated to our fellow citizens who lost their lives to properly respond. Osama bin Laden was the Al-Qaeda leader who planned the 9-11 attacks. America needed to punish Bin Laden, which we did by assassinating him in Abbottabad, Pakistan, May 02, 2011. Our course of action was morally just and our direct attack on Bin Laden was measured. It took us almost 10 years to bring him to justice but we should have and we did.

Once Bin Laden was eliminated our leaders from President Obama, President Trump and President Biden should have carefully and incrementally withdrawn our military presence while we protected the Afghanis and others who helped us. We can still engage in such a process. Any timeline, whether May 01, 2021 or September 11, 2021 or any anniversary of previous attacks or any other date is simply one we choose. We need to carefully and slowly withdraw our forces. Artificial drop-dead dates for our leaving encourage the Taliban to simply wait us out; which they are doing.

It will not be a popular decision of President Biden and our other leaders to reinstall enough troops to protect Americans and those allies of America who need to immigrate. However, popularity should not be our goal, virtue should be.

The national media push a highly addictive drug called paranoia. If one wants to get a reliable weather forecast or find out if a local kitten is not lost, local T.V. and regional newspapers are the best source. But if we are in need of a rush brought on by fear of catastrophe or schadenfreude, we flip the remote incessantly between CNN and FOX. CBS, NBC and ABC are available but boring. PBS can be interesting but is about as exciting as a library. No, if we want cataclysm or the satisfaction of seeing the rich and powerful fail, we must have cable. You might wonder about MSNBC but we can only take so much self-indulgent cynicism.

Gentle Reader, if you were awake, as I was at 4:00 a.m. staring at the peach-colored ceiling and wondering if I should use the restroom again or make a cup of coffee, you may have defaulted to cable T.V. That is where I saw the bobbleheads of CNN and FOX fervently seeking our advertising eyeballs by continually ratcheting up the partisan rhetoric. In between the machine gun fire of five minutes of adds were crammed five-minute exhortations camouflaged as news. Today, as usual, CNN was frothing about Donald Trump and FOX was exorcised about Cuba and communism, which FOX posited was one and the same.

CNN was giddy with the no-so-breaking story that former President Trump was unhappy about the last election, so much so that General Mark Milley, Trump’s choice for Chairman of the Joint Chiefs of Staff of the military, was concerned about a peaceful transfer of power. FOX apparently either did not know who Milley was or did not care. FOX made no mention of this “bombshell” possibility. FOX was excitedly showing Florida Governor Ron DeSantis’ campaign coozies which attacked Anthony Fauci as FOX repeatedly rolled film of protests in Cuba. CNN did not take note of Cuba nor communism as its commentators were busy extolling the virtues of giving away trillions of dollars of borrowed taxpayer money.

What came through quite clearly, even as I dozed in and out while desperately seeking facts hidden among the rushes of opinion, was that CNN and FOX both believed that Chicken Little was correct. Each of their favorite evil acorns that fall upon us is a harbinger of the sky’s collapse upon America. We must eliminate all vestiges of Trumpism, and now DeSantisism too, along with President Biden and any federal help for poor people. Of course, we can do this by buying the products hawked among the invective spewed by the incredulous news anchors. Just as grade school teachers emphasizing that we children should obey the crossing guards, cable news claims it is our best source for gospel; critical analysis is just too much trouble and no fun besides. Most importantly, run out and buy more stuff before prices rise again.