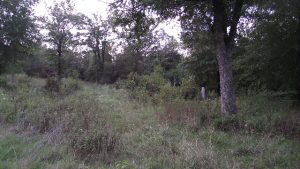 The old Irish folk ballad, “The Parting Glass”, is a favorite Irish drinking song and is almost always sung, often a cappella, to help the dearly departed on their way. Military veterans are also frequently toasted to honor their service as glasses are raised and the ballad is sung. As you will see that tradition was carried from Ireland to America.

It is Veteran’s Day and as a veteran I have been thinking of all the service members, those who have served before and with me and those who are serving now. The United States Air Force was very good to me even though I gave little more than some of my time during a time my time was not otherwise of much value. While in the Air Force I was sent to Indiana University for one year to study a foreign language. Once honorably discharged I received four years of the G.I. Bill. I still receive VA health benefits. If a balance sheet were kept, I would be much more benefitted than contributing. Fortunately, no such accounting is made. So, thank you America.

And it is not just myself in my family who have been blessed to serve. Both of my brothers and my brother-in-law received honorable discharges and veteran’s benefits from the Army. Our father wanted to serve in World War II but a massive heart attack and his age caused Uncle Sam to say “no thanks.” In my immediate family our son, Jim, got his college education at West Point and now receives disability benefits due to physical health problems caused by his active-duty combat service on the front lines of both the Gulf War and the Iraq War. His son, Nick, our grandson, just graduated from Army Ranger School as Jim did about thirty years ago. Nick also got his college education via an R.O.T.C. scholarship thanks to the Army.

During WWII my mother’s three brothers and one of her sisters served as did my wife’s grandfather and two uncles. Each of these honorably serving family members received post-war benefits from a grateful nation. So, once again, thank you America.

Now going back another generation to my grandfather, Adolphus Cash Redwine, who was born in Georgia in 1848 before he moved to southeastern Oklahoma. With grandpa we find a murkier but perhaps more interesting veteran even if I am not sure which color uniform the Civil War era teenaged soldier wore. All I do know is that a few years ago my first cousin, Paul Redwine, who was the eldest son of one of my father’s numerous brothers living in the Wilburton, Oklahoma area told my sister, Janie, another of our uncles, Henry, received a letter of inquiry from the Veteran’s Administration in regard to our grandfather.

The letter stated grandfather’s military records indicated he was entitled to a military grave marker. Please remember this was at a time all service, Confederate or Yankee, was honored. The VA wanted someone to guide them to grandfather’s burial site. Paul said our Uncle Henry volunteered and the federal man showed up in Wilburton, Oklahoma with a bronze marker for grandpa’s grave.

Uncle Henry was one of the few people who knew the place where granddad was buried as grandfather was a Baptist minister who was preaching from the bed of a buckboard at a camp meeting in the remote hills of southeastern Oklahoma when something spooked the team of mules hitched to the buckboard. The mules took off and grandfather was thrown to the ground and killed. The congregation, at my grandmother’s request, buried grandpa right there with a board to mark the spot. That area grew into the tiny Bug Scuffle Cemetery outside Wilburton. Uncle Henry knew generally where the Bug Scuffle Cemetery was located among the sparsely populated hills. Unfortunately, Uncle Henry also happened to be a local source of moonshine. Uncle Henry made the gentlemanly suggestion that before he and the federal man placed the marker on grandfather’s grave, they should raise a toast in his honor using some of the family’s pride. The federal man, probably not wishing to offend, readily agreed.

My guess is grandfather’s military service, whatever it was, was still honorable even if his marker is not on his grave. For, as you see, Uncle Henry and the federal man raised so many parting Ball fruit jars to granddad’s service they never found his gravesite and lost the marker during their search. However, to grandfather and all veterans I am raising a metaphorical parting glass to say thank you and well done, and thank you to America for allowing us to serve.