Woody Guthrie (Woodrow Wilson Guthrie 1912-1967) came of age in the Dust Bowl during the Great Depression. When one hears Woody sing about the America of those times Guthrie’s personal experiences and perceptions should be considered. In that context, his song’s ironic lyrics that point out America might not have been made for everybody speak to those Americans left out by our Founding Fathers, who were all well-to-do white men.

James Madison (1751-1836) is called the Father of the United States Constitution for good reason. He conceived of and drafted most of the Constitution including its first ten amendments, the Bill of Rights. Madison and the rest of the fifty-five well-to-do white men who attended the Constitutional Convention in Philadelphia, Pennsylvania from May 25 to September 17, 1787 met in secret. The public and the media were excluded and the delegates were sworn to secrecy.

Madison and his fellow Virginian, George Mason (1725-1792), were of like mind in believing average citizens were not equipped to govern themselves and, therefore, a Constitution needed to provide for a government to consist of capable representatives who could provide for the common good. Such groups as women, Negroes and Native Americans were not to have a say in determining their own destiny. Over the years since 1787 we have slowly and gradually addressed some of the Founders’ omissions.

Slavery was abolished almost one hundred years late by the XIIIth Amendment and women were given the right to vote by the XVIIIIth Amendment in 1920. Young men who could be drafted to fight for their country at age eighteen but could not vote until age twenty-one, were fully enfranchised in 1971 by the XXVIth Amendment.

America from the Spanish Conquistadors of the 16th century until this very day has struggled with what were, are and ought to be the ideals of our country’s government. Competing interest groups such as religious sects, LGBTQ citizens, immigrants, political parties, social and cultural associations, news media and countless others exert pressures and vie for recognition and inclusion in our American dream of equality and equal opportunity. In short, America calls itself a melting pot, but it is often more of a bubbling cauldron of competing aspirations.

As we near our mutual birthday on July 04, we may wish to re-examine the base upon which our national dreams were founded and candidly evaluate our progress. Of course, it is only human that in a country of over three hundred million people we will always have disagreements on what directions to go and the best methods for getting there. And we should, also, probably both recognize the genius of our Founders and remember they were simply humans too.

The Constitutional Convention was held in Philadelphia in 1787. The delegates kept the proceedings secret to avoid, “licentious publications of their proceedings.” James Madison, the Father of the Constitution, stated that no Constitution would have ever been adopted if the debates had been public. Remarkably, for four months the secrecy was maintained.

Can you imagine the motives CNN, FOX and MSNBC would have projected upon George Washington, et. al.? No delegate would have escaped the allegations of lying or even treason to the Revolution.

But inside the Convention the fifty-five delegates, half of whom were lawyers, debated the most volatile issues of the day. Slavery, whether we would have one-man-one-vote or an electoral college, large states versus small states, foreign attachments, the establishment of courts, provision for national defense and many others. How did they do it?

Maybe it is because I am a judge and once practiced law but it seems likely to me the Constitutional Convention proceeded much as a court case. First an issue would be brought up, States’ Rights for example, then each delegate who wished to would state his position. Then, after extensive but civilized debate a vote would be taken.

This time honored approach to resolving controversies has served the legal system and America well for over two hundred years. First define the issues for resolution, a criminal trial for example, then allow each side to fully present their views without threats or name-calling.

I humbly suggest this same respectful approach will work in every conversation from government to individuals. Shouting down or using force to prevent those one disagrees with from speaking will not result in the kind of result we achieved in 1787.

As I was writing this column I received an email and an attachment from my friend Jerry Wade of New Harmony, Indiana who used to live in New York City and who still subscribes to the New York Times.

Jerry must have been really bored recently because he has obviously been following my column about our country’s increasingly uncivil discourse. Jerry sent me an article by Bret Stephens that appeared as an opinion editorial in The Times. It contained an excellent analysis of the current climate surrounding “Freedom of Speech”, a.k.a., “If you don’t agree with me, you must be crazy!”

I will share a small portion of Stephens’ article with you.

Stephens does suggest a solution:

“… [T]o disagree well you must first understand well. You have to read deeply, listen carefully, watch closely. You need to grant your adversary moral respect; give him the intellectual benefit of doubt; have sympathy for his motives and participate empathically with his line of reasoning. And you need to allow for the possibility that you might yet be persuaded of what he has to say.”

In other words, to have productive intellectual discourse we have to first concentrate on being civil. 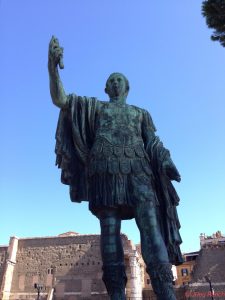