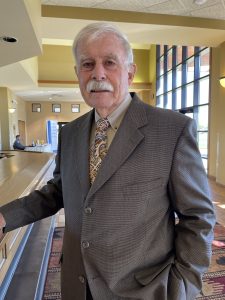 As first light appeared on the snow covered ground the morning of November 27, 1868, Cheyenne Chief Black Kettle emerged from his tepee as a woman came running across a stream of the Washita River screaming, “Soldiers, soldiers!” Black Kettle must have thought he was re-living the morning of November 29, 1864 on the banks of Sand Creek, Colorado Territory. That is when and where Colonel John Chivington and seven hundred troops of the U.S. Cavalry massacred a large number of Black Kettle’s tribe.

Black Kettle had settled his tribe at Sand Creek at the suggestion of U.S. Cavalry Major Scott Anthony based on the Ft. Wise Treaty of 1861 signed three years earlier. Major Anthony gave Black Kettle a white flag of truce to display to any soldiers who might come upon Black Kettle’s tribe and mistake its members as hostiles. Chivington ignored it. Only three years after the Sand Creek betrayal, Black Kettle and the United States at the Council of Medicine Lodge, Kansas reached another peace treaty ensuring safety and hunting rights for the Cheyenne along the Washita River Valley in Indian Territory (Oklahoma).

During the Sand Creek incident Black Kettle’s wife was shot several times but survived. His wife and he were not so fortunate at The Washita. Lieutenant Colonel George A. Custer and members of the U.S. Cavalry were acting on orders from General Philip H. Sheridan to: “Kill or hang every warrior. Bring back all women and children.” Both Black Kettle and his wife, Medicine Woman, were shot dead while trying to flee.

“During 1868 the tribes of western Indian Territory had been slow in settling on their reservations assigned by the Medicine Lodge treaties. Some warrior bands had raided settlements on the border. To punish these Indians, the Seventh Cavalry, led by George Armstrong Custer, rode out of Fort Supply (in what is now western Oklahoma) in late November 1868. At daybreak on November 27, Custer and his troops reached the Washita River and made a surprise attack at Black Kettle’s Cheyenne camp. The Seventh Cavalry killed more than one hundred warriors and took fifty women and children as prisoners. The soldiers burned the village and captured a large herd of horses. Chief Black Kettle was among the dead. The Battle of the Washita was more of a massacre than a battle.”

There are other descriptions of The Washita incident. One of the versions most sympathetic to the Indians is contained within Oklahoma historian Charles J. Brill’s (1888-1956) account, Custer, Black Kettle and the Fight on the Washita, that was first published in 1938. Brill reported that Custer’s plan was to use his five-to-one advantage over the Cheyenne and surround the sleeping Indians:

“Custer was not long determining his plan of attack. This time (unlike Sand Creek) there would be no opportunity for his intended victims to escape by flight. Before morning he could surround the village. At a given signal the encircling battle line would converge on the unsuspecting Indians, who then would be completely at his mercy. It would be a wipe-out.”

And there are those who observed The Washita incident in more generic terms. In his The Battle of the Washita historian and professor Stan Hoig (1924-2009) says of Sand Creek and The Washita:

“That both events were massacres-which utilized the element of complete surprise against a people who did not consider themselves to be at war in which troops who had orders to kill anyone and everyone before them made no attempt to allow surrender-is hardly deniable by any accepted use of the word ‘massacre’.”

Professor Hoig told the story of The Washita as a clash between cultures:

“At stake were the will and conscience of the United States in resolving the great dilemma of the American Indian. It was an issue in which no middle ground was begged, and one for which history offered no definitive answer concerning the rightness or wrongness of one society and people overcoming and displacing another. At hand was not only the question of human morality but also the march of empire and the inevitable contest between barbarism and civilization.”

Oklahoma in November can range from the temperate to the freezing such as occurred on November 16, 2021 (76℉) and November 19, 2021 (31℉). That there was a foot of ice and snow surrounding Black Kettle’s village on November 27, 1868 is not without precedent and that much more died that day than principle and morality is neither.

A special thank you is due to Cheryl Salerno, Librarian of the Oklahoma Wesleyan University Library
in Bartlesville, Oklahoma for her courtesy and assistance.